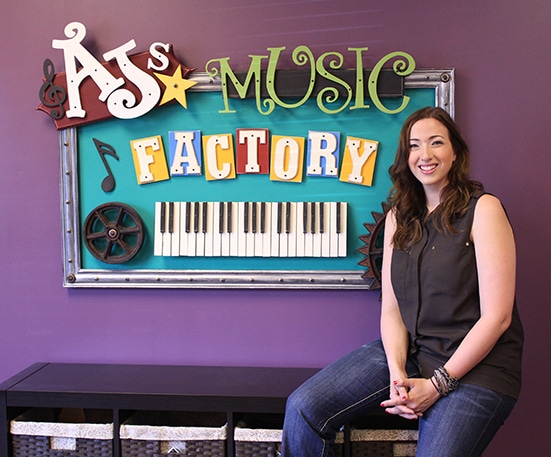 
Andrea Zimmerman created AJ’s Music Factory in May 2012 and is currently an instructor of piano, voice and songwriting. She has been teaching private lessons since 2002 and is passionate about instilling a love of music and creativity in her students that will enrich their lives.

Andrea studied music education at Augsburg College in Minneapolis, MN and received a Bachelor of Music in piano performance and vocal performance from McNally Smith College of Music in St. Paul, MN. She holds a Diploma in Audio Production from The Institute of Production and Recording, Minneapolis, MN.  Andrea also has background in music business and publishing having worked at ASCAP Nashville (American Society of Composers, Authors and Publishers) and Big Loud Shirt Publishing in Nashville, TN.

Andrea is a contemporary worship leader at Family of Christ Lutheran Church in Chanhassen, MN and a vocalist at Salem Covenant Church in New Brighton, MN.  She also performs in multiple bands in the Twin Cities area. 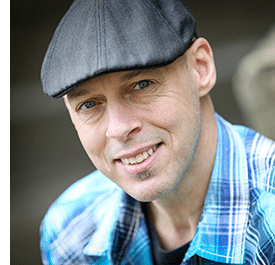 Michael has been teaching guitar and ukulele for 20+ years and joined AJ’s Music Factory in January 2013. He also teaches elementary guitar classes at Saint John the Evangelist School in Little Canada, MN along with private lessons at Cadenza Music in St. Paul, MN.

Michael is a recent member of The Kurt Jorgensen Band based out of St. Paul, MN and has previously worked in bands such as The Michael Shane Band, Tongue ‘n’ Groove and The Daily Grind. He has been an opening act for national acts such as Little River Band, Lynyrd Skynyrd, The Guess Who, America, STYX, and Joe Cocker. Michael and his wife Andrea currently perform in their band 2AM in venues around the Twin Cities area. Michael also plays guitar and percussion at Salem Covenant Church in New Brighton, MN.

Michael Zimmerman’s studies have included music performance with emphasis on guitar at North Iowa Area Community College in Mason City, IA and Waldorf College in Forest City, IA. He also studied at Brown Institute of Minneapolis, MN where he earned an A.A. Degree in Electronics and Audio Recording.